With St. Patrick’s Day just a few short weeks away, we thought it would be fun to share some lesser-known facts about the holiday! We didn’t know some of these facts — did you?

Want to learn more? For the complete list of “15 Delightful Facts About St. Patrick’s Day,” please read on at Mental Floss’ website.

If you love pie 🥧 as much as I do, you'll be excited to know that Sunday is #NationalPieDay!There are so many great places to get delicious pies in the Merrimack Valley that it's hard to pick just one. So I didn't! Here's a few of my favorites:• Mann Orchards, Methuen• Butcher Boy Market, North Andover• Joseph's Trattoria, Haverhill• Buttermilk Baking Company, Newburyport• Hannah’s Bakery and Café, Salem, NHWhat kind of pie are you going to dig into this Sunday? For me, Dynamite Don’s Famous Five Fruit Pie has been calling my name!Mann Orchards Butcher Boy Market #josephstrattoriahaverhill #buttermilkbakingcompany Hannah's Bakery and Cafe ... See MoreSee Less

MPFRA 2022 meeting schedule. Hope to see you there. All Methuen Police Department and MethuenFire Iaff both active and retired come join us and see whats happening. All our retired brothers and sisters are welcome to come on down and join our association. Help us as we pave the way for our future retired members and assist our current retired members and their families. Hope to see you soon. A special thank you to Mann Orchards and Bill Fitzgerald for all you support. Stay Safe and Healthy ... See MoreSee Less

Hi I am Lilanka from Sri Lanka,I would like to know is there someone call Dennis witchel.since I had lost his contact .I am trying to find him , his self also run the. Bakkery call orchard in Manchester..If you guys know about please reply to me.thanksna lot ... See MoreSee Less
View on Facebook
· Share

Mann’s Mug Club is an unbeatable loyalty program! Purchase your mug for $25 and received unlimited coffee refills for life! We’re always welcoming new members. The best gift you can give someone is this mug – and the free coffee that comes with it! To purchase, just come in to our location! 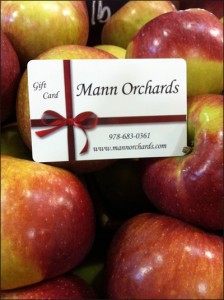 Available to purchase at our Farmstand.

We are not able to sell Gift Cards online at this time.